Getting Started with Git 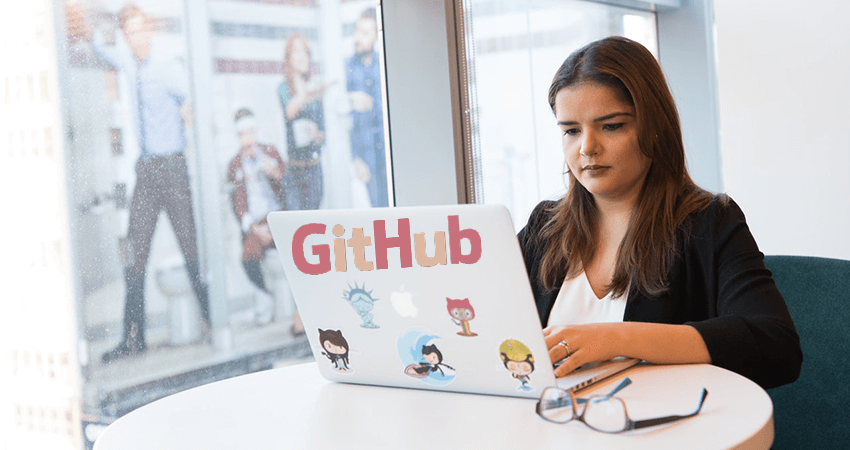 Git is a distributed Version Control System (VCS) which is used for tracking the source code during software development. It allows collaboration between the contributors and targets to maintain integrity, and support for distributed, non-linear workflows. Let’s get started.

Create your first repository, then add and commit files

At the command line, first verify that you have Git installed:

On all operating systems:

If nothing is returned, or the command is not recognized, you may have to install Git on your system. Jump to Git Installation section for instructions.

After installing Git, configure your username and email address. Do this before making a commit. Jump to Setting your user name and email section for instructions.

Once Git is installed and configured, navigate to the directory you want to place under version control and create an empty Git repository:

This creates a hidden folder, .git, which contains the plumbing needed for Git to work.

Next, check what files Git will add to your new repository; this step is worth special care:

Review the resulting list of files; you can tell Git which of the files to place into version control (avoid adding files with confidential information such as passwords, or files that just clutter the repo):

If all files in the list should be shared with everyone who has access to the repository, a single command will add everything in your current directory and its subdirectories:

This will “stage” all files to be added to version control, preparing them to be committed in your first commit.

For files that you want never under version control, create and populate a file named .gitignore before running the add command.

Commit all the files that have been added, along with a commit message:

This creates a new commit with the given message. A commit is like a save or snapshot of your entire project. You can now push, or upload, it to a remote repository, and later you can jump back to it if necessary. If you omit the -m parameter, your default editor will open and you can edit and save the commit message there.

To add a new remote, use the git remote add command on the terminal, in the directory your repository is stored at.

NOTE: Before adding the remote you have to create the required repository in your git service, You’ll be able to push/pull commits after adding your remote.

The git clone command is used to copy an existing Git repository from a server to the local machine.

For example, to clone a GitHub project:

To clone a BitBucket project:

This creates a directory called projectname on the local machine, containing all the files in the remote Git repository. This includes source files for the project, as well as a .git sub-directory which contains the entire history and configuration for the project.

To specify a different name of the directory, e.g. MyFolder:

Or to clone in the current directory:

The https version and the ssh version are equivalent. However, some hosting services such as GitHub recommend that you use https rather than ssh.

To share your code you create a repository on a remote server to which you will copy your local repository.

To minimize the use of space on the remote server you create a bare repository: one which has only the .git objects and doesn’t create a working copy in the filesystem. As a bonus you set this remote as an upstream server to easily share updates with other programmers.

On the remote server:

On the local machine:

(Note that ssh: is just one possible way of accessing the remote repository.)

Now copy your local repository to the remote:

Adding –set-upstream (or -u) created an upstream (tracking) reference which is used by argument-less Git commands, e.g. git pull.

Setting your user name and email

You need to set who you are before creating any commit. That will allow commits to have the right author name and email associated to them.

To declare that identity for all repositories, use git config --global

This will store the setting in your user’s .gitconfig file: e.g. $HOME/.gitconfig or for Windows, %USERPROFILE%.gitconfig.

To declare an identity for a single repository, use git config inside a repo. This will store the setting inside the individual repository, in the file $GIT_DIR/config. e.g. /path/to/your/repo/.git/config.

Settings stored in a repository’s config file will take precedence over the global config when you use that repository.

Tips: if you have different identities (one for open-source project, one at work, one for private repos, …), and you don’t want to forget to set the right one for each different repos you are working on:

To force git to look for your identity only within a repository’s settings, not in the global config:

That way, if you forget to set your user.name and user.email for a given repository and try to make a commit, you will see:

Setting up the upstream remote

If upstream is there already (it is on some Git versions) you need to set the URL (currently it’s empty):

If the upstream is not there, or if you also want to add a friend/colleague’s fork (currently they do not exist):

Learning about a command

To get more information about any git command – i.e. details about what the command does, available options and other documentation – use the --help option or the help command.

For example, to get all available information about the git diff command, use:

Similarly, to get all available information about the status command, use:

If you only want a quick help showing you the meaning of the most used command line flags, use -h:

Set up SSH for Git

Before you generate an SSH key, you can check to see if you have any existing SSH keys.

Check the directory listing to see if you already have a public SSH key. By default the filenames of the public keys are one of the following:

If you see an existing public and private key pair listed that you would like to use on your Bitbucket, GitHub (or similar) account you can copy the contents of the id_*.pub file.

If not, you can create a new public and private key pair with the following command:

Press the Enter or Return key to accept the default location. Enter and re-enter a passphrase when prompted, or leave it empty.

Ensure your SSH key is added to the ssh-agent. Start the ssh-agent in the background if it’s not already running:

Add you SSH key to the ssh-agent. Notice that you’ll need te replace id_rsa in the command with the name of your

If you want to change the upstream of an existing repository from HTTPS to SSH you can run the following command:

In order to clone a new repository over SSH you can run the following command:

Let’s get into using some Git. First things first—you have to install it. You can get it a number of ways; the two major ones are to install it from source or to install an existing package for your platform.

If you can, it’s generally useful to install Git from source, because you’ll get the most recent version. Each version of Git tends to include useful UI enhancements, so getting the latest version is often the best route if you feel comfortable compiling software from source. It is also the case that many Linux distributions contain very old packages; so unless you’re on a very up-to-date distro or are using backports, installing from source may be the best bet.

To install Git, you need to have the following libraries that Git depends on: curl, zlib, openssl, expat, and libiconv. For example, if you’re on a system that has yum (such as Fedora) or apt-get (such as a Debian based system), you can use one of these commands to install all of the dependencies:

When you have all the necessary dependencies, you can go ahead and grab the latest snapshot from the Git web site:

http://git-scm.com/download Then, compile and install:

After this is done, you can also get Git via Git itself for updates:

If you want to install Git on Linux via a binary installer, you can generally do so through the basic package-management tool that comes with your distribution. If you’re on Fedora, you can use yum:

Or if you’re on a Debian-based distribution like Ubuntu, try apt-get:

There are three easy ways to install Git on a Mac. The easiest is to use the graphical Git installer, which you can download from the SourceForge page. http://sourceforge.net/projects/git-osx-installer/

You don’t have to add all the extras, but you’ll probably want to include +svn in case you ever have to use Git with Subversion repositories (see Chapter 8).

Homebrew http://brew.sh/ is another alternative to install Git. If you have Homebrew installed, install Git via

Installing Git on Windows is very easy. The msysGit project has one of the easier installation procedures. Simply download the installer exe file from the GitHub page, and run it: http://msysgit.github.io

After it’s installed, you have both a command-line version (including an SSH client that will come in handy later) and the standard GUI.

Note on Windows usage: you should use Git with the provided msysGit shell (Unix style), it allows to use the complex lines of command given in this book. If you need, for some reason, to use the native Windows shell / command line console, you have to use double quotes instead of single quotes (for parameters with spaces in them) and you must quote the parameters ending with the circumflex accent (^) if they are last on the line, as it is a continuation symbol in Windows.

This article is compiled from the original Stack Overflow Documentation released under CC BY-SA 3.0 and created by these contributors: Ala Eddine JEBALI, Allan Burleson, Craig Brett, Dan Hulme, eykanal, Henrique Barcelos, Jonathan Lam, Kageetai, maccard, ob1, Roald Nefs, ronnyfm, Sazzad Hissain Khan, Tyler Zika, tymspy. This website is not affiliated with Stack Overflow. This article is published under CC BY-SA 3.0. For corrections or feedback comment below or email to ictsimplified@gmail.com