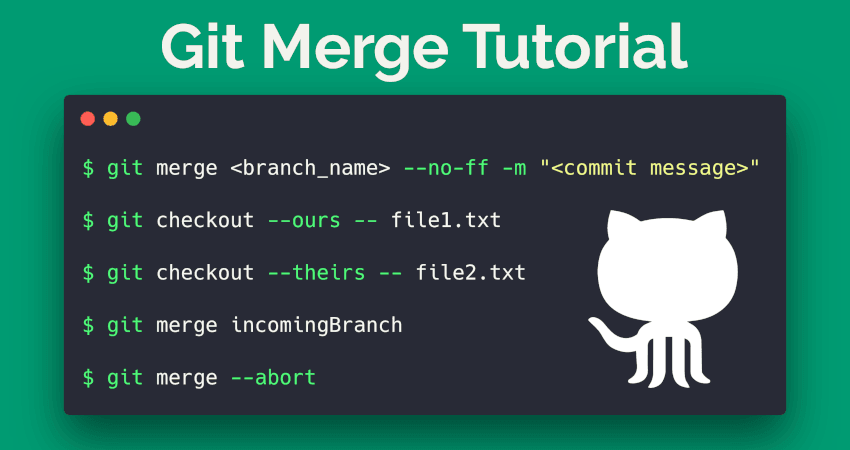 Git merge is used to join two or more development histories together. In this article, we are going to talk about different cases of merging the branches with example. Let’s get started.

Parameters and their detail

The git merge command takes following parameters. Let’s have a look at the table along with thier short detail.

When the commits on two branches don’t conflict, Git can automatically merge them:

Finding all branches with no merged changes

After starting a merge, you might want to stop the merge and return everything to its pre-merge state. Use –abort:

Merge with a commit

Default behaviour is when the merge resolves as a fast-forward, only update the branch pointer, without creating a merge commit. Use –no-ff to resolve.

Keep changes from only one side of a merge

During a merge, you can pass –ours or –theirs to git checkout to take all changes for a file from one side or the other of a merge.

Merge one branch into another

Merging can create conflicts in some cases. If this happens, you will see the message Automatic merge failed; fix conflicts and then commit the result. You will need to manually edit the conflicted files, or to undo your merge attempt, run:

Getting Started with Git